The Lockdown Days – Searching for the Goldilocks coronavirus density

I’m writing this a couple of days after PM Boris Johnson announced his relaxation of lockdown rules and guidelines for England. To summarise pubs can re-open on Saturday

can’t… Or something like that. And did I mention pubs can re-open on Saturday 4 July. But then again who knows how long that will last given the current U-turn fever of the government, think free school meals during the summer holidays. And within those couple of days this is what Bournemouth beach looked like.

What we do know is that the government can’t wait for our world beating tracing app which is now unlikely to arrive until the autumn or the winter or maybe never. (Although if you accept updates automatically check the privacy settings on your smart

phone and you’ll find the software ready and waiting to go that allows COVID-19 notifications under Bluetooth connections.) So, after mis-managing the health crisis so far meaning thousands of care home residents have unnecessarily died and we still can’t educate our kids, the government is turning its attention to saving the economy. To which all I can say is, God help the economy!

Changes to the furlough scheme, including asking people to isolate for 14 days, if they are somehow traced, without pay are already announced and as of today the recommendation is for those who can work from home to continue to do so if allowed. Meanwhile back in the real world local authorities in London, along with TfL, are busy changing our streets to encourage more walking and cycling.

Before I give some thought to the City of London proposals it’s important to start with some numbers. It has just under 10,000 residents, 1 GP practice, 1 primary school and over 50 churches. Monday to Friday its numbers, pre-pandemic, are swelled by half million people arriving for work. So, Monday to Friday the City used to deal with over a million journeys on foot per day as people came and went on their commuting way. All that shows the City to be a unique borough not only in London but in the UK. 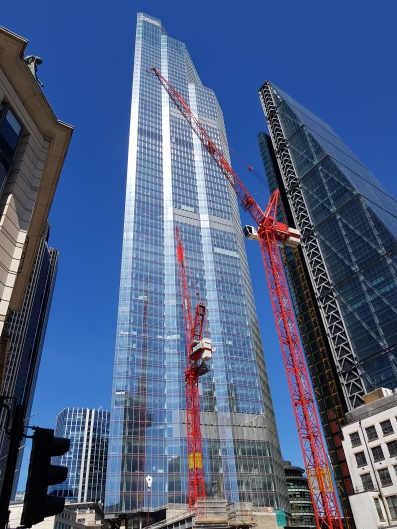 Currently the few workers in the City seem to be on construction sites, NHS key workers, and some in shops, hardly a finance worker in sight. Notwithstanding the concerns over contracting the virus commuting right now is probably a dream compared to normal. So, we return to the conundrum of a public transport system running with drastically reduced passenger levels to a place that requires huge numbers to function. This is probably best exemplified by 22 Bishopsgate – the tallest of tall towers in London which was scheduled to hold 10,000 workers, which coincidentally the number of residents in the whole of the City. It is difficult, even under a best-case scenario, not to see acres of office space becoming vacant and more being re-purposed like the bike park now proposed at the afore mentioned 22 Bishopsgate.

I think the City have made a really good fist of their proposals. Of course, it helps if you had already done work before the pandemic and are in fact implementing a strategy you

broadly support anyway but it is definitely true to say COVID_19 has achieved in 13 weeks something that may have taken 3 to 5 years to accomplish under our normal incremental approach. Cheapside, with St Pauls Cathedral one end and the Bank of England the other, literally linking God and mammon, promises to be a wide boulevard with little or no traffic on it in the very near future.

Across the border in the City of Westminster the proposals also look very promising and who’d’ve ever thought I would say that about them. The plan to almost completely pedestrianise Soho is a bold innovative step. Again, it is eerie to walk around deserted streets that I have never known anything other than bustling but here you can imagine people returning, on foot, to the area to eat, drink and be merry. Maybe hedonism and

walking are not such strange bedfellows. I also hear rumours that a lot of Regent Street is going to become traffic free and surely that will pave (see what I did there) the way for the resurrection of the scheme to pedestrianise of Oxford Street. And this time with the added benefit of the surrounding streets being included and not just considered ‘rat-runs’.

Deep in the heart of suburbia Kingston upon Thames is also pushing ahead with ambitious plans. These plans look very good for walkers with an increase in space for 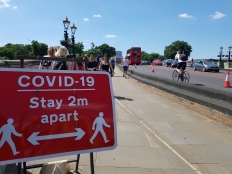 pedestrians and not just those queueing for the shops in many places. They’re beginning to grasp the nettle of their notourious one-way system as well as dedicating significantly more space to walkers and cyclists at the expense of cars on Kingston bridge. Much credit for this approach should go to Matt Hill, Assistant Director, Highways, Transport, and Regulatory Services, an example of what one person with vision can really achieve. I haven’t been able to check out Lambeth, Wandsworth or Croydon boroughs but I’m hearing good reports from those places. And Camden, Hackney and Islington are expanding the good work they were doing before the pandemic.

Not so good, from my inspection, are Richmond and Greenwich town centres. The temporary schemes look like a menace to all users to me and if they’re designed to try

and save the shops and traders there (an admirable and worthwhile desire) they could end up having the opposite effect as walkers don’t know where to cross and cyclists won’t know what lane to take and both groups will probably end up choosing other nearby alternatives to do their local shopping. Simply put, both boroughs know in their heart of hearts these sites ought to become car free and at the same time a safer environment for all users.

I hold no brief for the various disabled groups but even a cursory glance at most schemes suggests a group that has already been marginalised, if not to say deemed expendable, by both action and inaction, during the pandemic looks set to fare even worse as we emerge from COVID_19 and hopefully, they’re across all of these proposed changes. 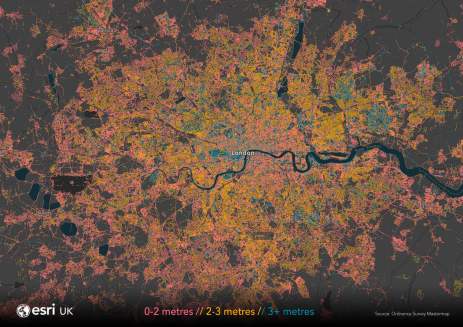 Making London easier for walkers and walking is no easy task whether we have 2, 1 or 0 metre social distancing. The 2 maps above show pavement widths which only goes to emphasis for me, that the most important thing, in this journey into the ‘new’ normal of walking as active travel in London, is to make as many of these routes as motorised traffic free as possible. Let’s consider one final set of numbers provided by TfL. Weekly Greater London sees 31.3 million journeys of which 6.7 million are walking. Just 700,000 are cycling but 9.8 million are by car. Over the last 10 years the number of car journeys has fallen by 1 million a week and this trend has been matched by an increase of 1.2 million walking. It is true those who choose to cycle has also increased by 400,000 but as also seen much more than a doubling in infrastructure investment. We have seen 3 times more people choosing to walk compared to cycling every day in London with virtually no extra investment.  The easiest, most environmentally sustainable and most cost-effective way to transition people away from public transport is to invest more in walking schemes. I’m trusting that the local politicians will stay strong in resisting both pressure from central government seemingly hellbent on hurling us towards waves 2 and 3 of this virus as well as the already noisy, but ultimately small in size, taxi lobby.

The Pet Shop Boys – Hoping For A Miracle

Francis & The Lights – My City’s Gone