The Lockdown Days – Heroes and villains

“If a tree falls in a forest and no one is around to hear it, does it make a sound?” is a fairly well-known philosophical thought experiment that raises questions regarding observation and perception. So how about: Is a bridge over the Thames illuminated if there is no one there to see it? Well I’m going to be of little help answering the central question but before we get deep into Schrödinger’s cat territory I can reassure everybody that the 3 bridges over the Thames – Millennium, Southwark, and Cannon Street Railway – included in stage 1 of the Illuminated River project are still lit up in the evening. 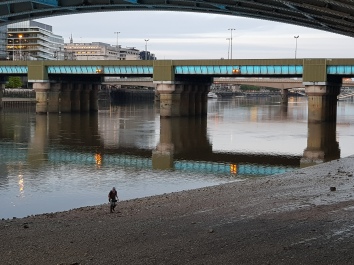 Furthermore, that on a Thursday they are illuminated blue in support for our key workers across not only in the capital and the UK but also the world. You are never far from a reminder that London is proudly multi-cultural and the exemplar of a world city.

The Illuminated River is a long-term public art installation on an unprecedented scale: a scheme to light up 14 bridges of central London and transform nocturnal views of the city. An orchestrated series of light works that evolve at the stately pace of the river itself, Illuminated River draws inspiration from the spirit and history of the River Thames and celebrates the diverse communities that live along its banks. The project was developed through a collaboration between the Rothschild Foundation, the Blavatnik Family Foundation, the Mayor of London and a large number of stakeholders along the Thames.  Once complete, this will be the longest permanent public art commission in the world at 2.5 miles in length.

Last summer in collaboration with Inner London Ramblers and the Illuminated River Foundation I led 3 evening walks spotlighting the project, showcasing the bridges 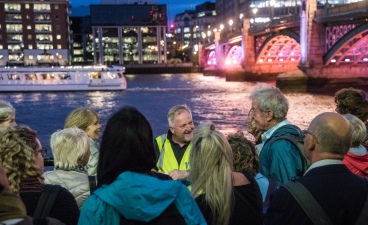 currently lit and discussing future proposals. These free walks were, flatteringly, popular and ‘sold out’ on the day of listing. They were immense fun to lead and in that tradition of learning as well as sharing knowledge I learnt so much about engineering, who can be awarded Freedom of the City of London and the brief incarnation of the Millennium Bridge as the ‘wobbly bridge’. Among the many personal regrets mounting up as we struggle our way through Covid_19 is the fact I will not be able to repeat these walks in the summer of 2020. I loved them and the public seemed to love them as well.

Right now, however, I’m working with the Illuminated River project on some remote commentary so you’ll be able ‘re-live’ these walks online. Watch this space and we’re hoping this’ll all be online by July.

Central London barely has enough people abroad to qualify for sparsely populated. I’m up here checking out, as much as I am able, the ambitious suggestions on offer under the car free Central London proposals. (See next blog, People Get Ready.) At 6pm for every worker, commuter, walker there are 2 joggers and all of us are enjoying the freedom and space and quiet in the realisation we will never experience the like of it again while at the same time painfully aware of the suffering and sacrifice so many have had to endure to arrive at this.

I pause at the Millennium Bridge on the north bank in front of Tate Modern. As is my wont I glance up to chimney to see if I can spot the roosting peregrines. I always look 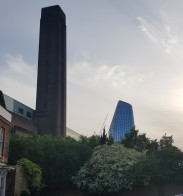 although I know I’d need binoculars to clearly see them. I look at my watch and realise it’s going to be at least an hour before the sun goes down and that normally I’d be in the nearby Swan, the pub attached to Shakespeare’s Globe, which is one of my favourite Thames-side pubs in London drinking while staring at my phone scrolling the news.

Tonight, the news is all about the Government U-turn on the NHS surcharge, described by even flint hearted Tories as “mean-spirited, doctrinaire and petty”. A £400 annual levy, rising to £640 in October, would be applied to workers coming from outside the European Economic Area. In an act of almost breath-taking political insensitivity alongside stupidity, this levy was to be applied to those currently working within the NHS. In what is fast becoming the USP of this shoddy Government just 24 hours after defending the policy in Parliament, the Prime Minister changed course after reflecting on the care he received while in intensive care recovering from coronavirus and asked the Home Office and Health Department to remove the charge “as soon as possible,” with details on how the change will be implemented due to be announced in the coming days. 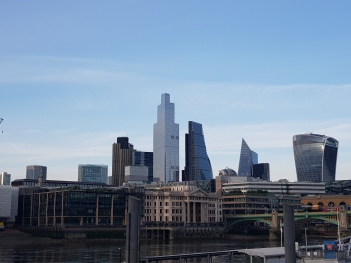 As the clapping for key workers began at 8pm it was not hard to imagine members of this tawdry Cabinet piously standing on pavements and ostentatiously applauding these very immigrants at the same time as dreaming up ways to penalise them. We don’t have to look very far these days for examples of the mask slipping. 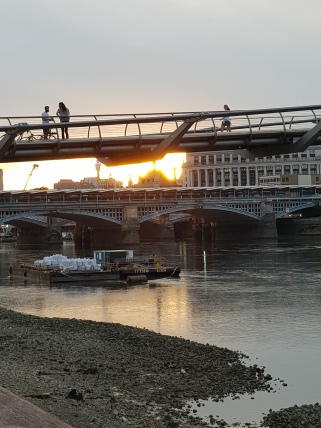 Well if I thought that was ‘shoddy’ I was in no way prepared for the circus that developed over the next couple of days. We all know the barebones of the Dominic Cummings Durham episode by now and, surely, all decent people must be scandalized by them. But the response from senior members of the Cabinet alongside the Prime Minister truly beggar belief. Even an old cynic like me who expects little better from those in power has been shocked by these revelations and the responses engendered.

A world where Church of England bishops call Johnson’s defence of Cummings “risible”, accusing both of having “no respect for the people” and “lacking integrity” and

suggesting they could decline to work with the government during the crisis “unless we see clear repentance, including the sacking of Cummings.” And Daily Mail headlines scream: “What planet are they on?”. And the official UK Civil Service twitter feed tweets: “Arrogant and offensive. Can you imagine having to work with these truth twisters.” As a few examples of responses to the Boris Johnson hosted news briefing, is truly a world turned upside down.

The Bank Holiday weekend was rounded off with a 10 Downing Street Rose Garden press conference for today’s modern pantomime villain Dominic Cummings. This despite the UK code of conduct stating: Special advisers must not take public part in political controversy, through any form of statement whether in speeches or letters to the press, or in books, social media, articles or leaflets. They must observe discretion and express 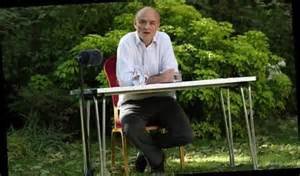 comment with moderation, avoiding personal attacks, and would not normally speak in public for their Minister or the Department. His frankly risible explanation of his family trip to Barnard Castle delivered alongside no apologies or regrets was accompanied by a veritable stampede to our coast and other beauty spots by a population desperate to enjoy the sun.

The fallout from this will likely mean thousands more people will lose their lives needlessly, an economy which is going to need immense care and attention to detail with sure handed responses will be further torched and burned and, perhaps even more seriously, the actions of all who are everyday heroes have not only been visibly held in contempt by those supposed to be in charge but will be obscured by the selfish deeds of those few. It is shameful. 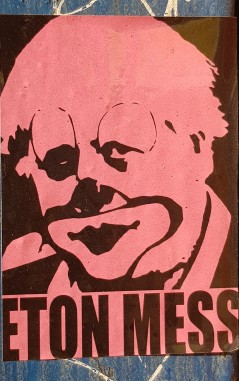 The Beach Boys – Heroes And Villains

Bonnie Tyler – Holding Out For A Hero