The Lockdown Days – Keep on running

I take supplements these days. There’s the glucosamine with chondroitin recommended by Mark from University College of Osteopathy (formerly the British School of Osteopathy) that helps me keep the chronic arthritis in my left knee at bay for as long as possible. There’s the organic turmeric which is an anti-inflammatory recommended by my friend Nadia. And there’s the 50+ vitamins and minerals for us olds. Since lockdown started I have now reached a point in my life where I spend more per day on these tablets than I do on beer. WT actual F – where did it all go wrong? 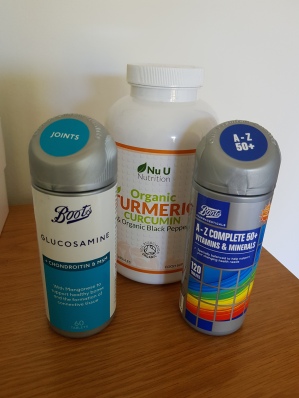 There are days when I’m sure the stretching, strengthening exercises I do before going for a run take longer than the run itself. Since lockdown started I’ve now reached a point where I’m not sure what I miss most, parkrun or the pub. Well that’s not quite true but I miss parkrun so much more than I could ever have imagined.

It all started at school. I probably cherish the memories more fondly than the actual experiences at the time of ‘cross country runs’ in PE from my school in Blackheath. We’d

go up Heath Lane and just before reaching the heath we’d swing left past the Pagoda. Then loop back to the school. The first part avoided roads but the return route certainly encountered traffic. Notwithstanding the serious issues surrounding air pollution in London pre-pandemic in the 21st century, I can’t imagine anything like this being countenanced today. But hey it was the Sixties. (I recently asked @running_past if he would duplicate some of this run. He was more than happy to and if you’re interested you can check out his twitter feed or instagram for more info. Actually give him a follow anyway because the posts are a super chronicle of modern city life in south east London.)

Next came a few abortive attempts to establish a running routine while I attended the LSE but although I can recall very little of the routes I took I vividly remember the Dunlop Green Flash footwear I used in those days. Ah the innocence and the naiveté of 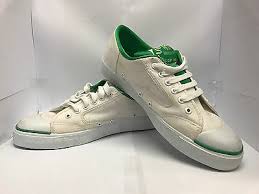 those pre-Nike days in the UK. So, I can probably date my running life beginning back to working life in the Eighties. I worked shifts in what we called, data processing back then, for a high street bank. (That bank, NatWest, now supplies the pension that enables me to live this life of Riley.) Having taken the decision to invest in, what seemed at the time, an incredibly expensive, pair of Adidas trainers, I decided to stick with it.

When available, workplaces with shower facilities helped me shift a lot of my running to lunch times. The innovation that made the most difference to me wasn’t a

‘kit’ development but the arrival of the ipod and similar devices.  With the dawning of the 21st century I worked in ‘Charity Towers’ next to MI6 with showers and was able to carry an almost infinite supply of music in my pocket. Now I could with stand the boredom of running more than an hour. Soon I was entering events like the Cabbage Patch 10 as well as other 10k’s, 10 milers and then half marathons. My training regime for a half marathon was run most days and just not drink the night before the race.

After running a half marathon in Fort Collins, Colorado in 2005 I entered for the Adirondack Marathon in upstate New York a year later (doesn’t everybody celebrate turning 50 by running 26.2 miles?) The race motto is: “The most beautiful 26 miles 385 yards you will ever run.” Well as it’s round a lake and in the mountains that is probably true but defying the laws of physics most of it seems to be uphill! I finished, with no walking, in a little under 5 hours but that was the start and end of my marathon career.

the Royal Parks half marathon and I wonder when others will be able to run these events again? Injuries from years of contact sport began to catch up with me. My left ankle went from being an occasional problem to a near constant issue when running or walking. (I can’t understand how that happened playing footie ‘cos I really only used that leg for standing on.)

Then came smart phones and running apps like nike run club+ and strava. I ran on and off, nursing my way through various aches, pains, strains and sprains but became more of a jogger than a runner. Then 2 years ago I decided I’d try again and do more than amble round the block. I ran regularly and gradually increased distance. I ran through pain and in this world of running apps wondered how on earth I managed before without knowing how far I’d run, how fast, average pace and so on. Forgive the virtue signalling but I can tell you on 9 October 2018 I ran my furthest – 15.86k; 25 October 2018, I ran my fastest 5k – 23 minutes 42 seconds; and had run my fastest 10k of 49 minutes 57 seconds on 30 September 2018.

All these are times and distances I’ll never see again because on Saturday 1 December 2018 it all came, quite literally, to a juddering halt at parkrun Harrogate. I pulled up after a mile with what I thought was a hamstring problem in my left leg. That hamstring was actually sciatica, which was followed by 3 months of pain and not being able to walk let alone run some days. It hurt to stand, to sit, to lay down and to move. Putting my sock on my left foot on my own was a thing of the past.

One comeback programme after another came and went. I remember running parkrun

in Weymouth on 22 June 2019 with Clare. I had to get a coach back to London because of a rail strike. I hobbled off the coach and my left knee has rarely been pain-free since. After been diagnosed with chronic arthritis as I wasn’t able to get any physiotherapy on the NHS (which is fine but rather confusing if you ask me) I visited the British School of Osteopathy and that worked wonders. Right before lockdown I was getting back to running parkrun regularly, albeit in a time of 35 minutes which will take some getting used to but it’s great to be able to.

There is still a runner in the house though. Two years ago Clare took up couch to 5k and has now done 50 parkruns, one 10k event and is training (in hope) for the Royal Parks half marathon in October. We haven’t run as many parkruns together as I’d like but she loves running now and continues to exceed all expectations.

Well Dear Reader, this has turned into a much longer, more indulgent post than I’d anticipated so if you’ve made it to the end… THANK YOU. Apologies, it isn’t meant to be a cautionary tale of the dark side of running, the complete opposite in fact. During these days when we are sure of very little, running has not only been a constant it is also a tremendous comfort and consolation to me.

Emmylou Harris – Long May You Run

One Direction – Ready To Run

Kate Bush – Running Up That Hill

2 responses to “The Lockdown Days – Keep on running”