Introduced in 1921, ‘Mayday’ is a distress signal used internationally. Fred Stanley, a senior radio officer at Croydon Airport was asked to think of a word that would indicate distress and would easily be understood by all pilots and ground staff in an emergency. Since much of the traffic at the time was between Croydon and Le Bourget Airport in Paris, he proposed the expression “mayday” from the French m’aider (‘help me’), a shortened form of venez m’aider (‘come and help me’). Well it’s like we’re all screaming mayday but there’s no one listening or able to come to our aid.

In a world where the new normal seems to include a chief Scottish Medical Officer, Catherine Calderwood, resigning after twice visiting her second home in complete 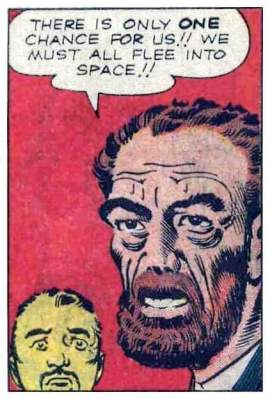 contravention of her own advice to avoid unnecessary travel. Do as I say not as I do. Or the UK scientific advice to control coronavirus was predicated on establishing herd immunity in the population until alternative scientific advice showed how that course of action would lead to hundreds of thousands of deaths and an overwhelmed NHS. Or The leader of the ‘Free World’ advocating that taking disinfectant internally could be examined as a possible treatment for the pandemic, even though it is known to be potentially lethal. An example of the cure being worse than the disease. And, as an aside, seemed to show he doesn’t know the difference between inject and ingest. Or a leading world politician saying he didn’t want to wear a face mask because he wanted to be able to look key workers in the eye. It covers your mouth and doesn’t make you blind for pity’s sake.

Still the statement that has surprised me the most has been Rishi Sunak MP, the Conservative Chancellor of the Exchequer, repeatedly referring to the TUC as “social partners”. It’s like the consequences of Thatcherism, followed by 10 years of Tory austerity, could be wished away as if they’d never happened. But then these are the same UK politicians ostentatiously clapping key workers, who clapped and cheered in June 2017 when Parliament voted against these same health workers receiving a pay rise.

The worry is that after the disease comes the debt and it’ll be the same bunch of hypocritical second-raters worldwide trying to sort that out. Public borrowing is set to soar to levels never seen before as economies fall into ruins. The longer homes remain in

lockdown, the more stimulus Government has to inject into the system with factories, shops and offices shut and tax revenues evaporating in front of their eyes. As if this wasn’t enough to keep you awake at night, the driest April on record in the UK reminded us that the climate crisis is worsening and isn’t some distant future episode to worry about, let alone pay for, but one that is present and correct right here, right now.

If anything can be said to be working, it’s individuals, who despite being emotionally drained, are working tirelessly together in small communities trying to solve local problems. Like getting food to your neighbours who need it the most but can’t come and get it because they’re sick or someone in their family is sick. Like care home workers moving into the care homes where they work to limit the spread of the virus. If you’re a vaccine scientist in Oxford it’s the same except you’re trying to solve a global problem with your community. (And everyone is sitting with baited breath willing you to succeed with your first tests.)

All most of us can do is try to get by day to day finding solace where we can, focussing on ourselves and our loved ones. Following the death of his wife, Iris Murdoch, the writer, John Bayley, while grieving for her loss spent a lot of time remembering his childhood. It’s quite a common pain reflex to do all you can to escape the present by living in the past. Even more so if the future looks even scarier than a fairly frightening present.

But I find it’s important that I still try to live in the moment. To take the time to go for a walk and smell the flowers and think about how the environment is going to look in the near future. To marvel at the dawn chorus (it’s International Dawn Chorus day on Sunday 3 May) in towns and cities that you’re able to hear because of the absence of traffic noise. Or go for a short run where you just concentrate on trying your hardest for a few minutes of sweat and hard breathing and ranking that alongside other runs.

Me I do regular walking and jogging just like before but slightly modified and I’ve started to read Hilary Mantel’s The Mirror and the Light (I loved the first two), even though I find it hard to focus on long books right now. I’m trying, with the aid of the Star Walk 2 app and #starentine, hosted by @megoizzy, to navigate the night sky. There’s baking as well of course – big thanks to Wrights Home Baking and my Panasonic bread maker. And of course, Netflix. I missed the first series of Ricky Gervais’ After Life – it’s hilarious – and I’m enthralled by the Michael Jordan docu-seies, The Last Dance, even though I know nothing about the NBA.

It doesn’t work for me but I would imagine finishing that 1000 piece jigsaw that seemed like such a good idea to begin 4 weeks ago is important. Or maybe food and comfort

eating are the things that right now make the day worthwhile. And what about that coronavirus free zone the is The Archers? Maybe you’re doing the odd online quiz or 2 via zoom or facebook? You could give the RSPB’s Adrian Thomas a listen and don’t forget to join in some of the events during the virtual Urban Tree Festival later  this month.

If you’d like, let me know, in the ‘Leave a Reply’ section below, what’s getting you through the day.

Dixie Chicks – Something in the Air

Colin Hay – Waiting For My Real Life to Begin